4 Ways To Overcome Fear Of Rejection 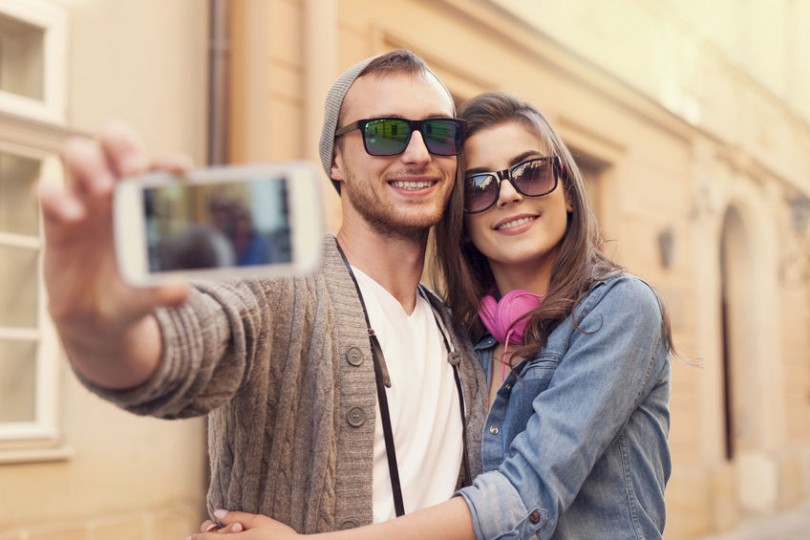 As a guy in his early twenties, there’s only a few things in life I care about.

My family. My friends.

My various online projects. (Like this one helping people who have shyness or social anxiety.)

And, last of all…

Is that really a surprise?

Growing up I was extremely shy around girls. In fact, I was a virgin into my twenties despite being decent looking and having nothing “wrong” with me so to speak except for being extremely shy.

One of the reasons shy guys have almost no success with women is because they fear rejection. The woman usually has to make all the moves and give a lot of obvious signals she is interested. Otherwise the shy guy is terrified of getting turned down, or ignored, or being laughed at, or made to look like a loser.

And this fear doesn’t mean that they’re lacking “balls.” It’s actually hardwired into us. Scientists at UCLA have discovered that social rejection activates the same areas of the brain that real physical pain does. So making yourself open to rejection is like asking someone to punch you. Very hard to do, especially if you have shyness or social anxiety.

When people feel rejected or left out, they often describe their feelings with physical pain words, complaining of  “hurt feelings” or “broken hearts.” Our research has shown that feeling socially excluded activates some of the same neural regions that are activated in response to physical pain, suggesting that social rejection may indeed be “painful.”

So since I was afraid of rejection, I stayed lonely. Until I decided to do something about it.

I decided, as an experiment, to go out and start approaching girls in my city. I would go out, almost every day, sometimes with a friend, and strike up conversations with girls. In bars or clubs, out in the street, on the university campus, in the shopping mall.

And you know what? It was terrifying. For the first few months I procrastinated and did nothing. Whenever I saw a girl walk by who I liked my mind would come up with a dozen excuses.

“She’s walking too fast. She’s too pretty – probably has tons of other options. I’m not feeling confident enough today.” And so on…

After a few months I finally mustered enough courage to start. The first few times I approached a girl I was almost shaking with anxiety. My armpits were sweaty. My voice barely came out. And none of the girls seemed to like me.

I was rejected. I felt humiliated. I questioned why I was even bothering to try.

But then I started getting some success. Longer conversations. Less awkwardness. Girls who stayed and talked instead of ignoring me or running away. Phone numbers. Dates. Sex. Longer relationships.

It’s not easy, but it’s worth it. Now, I have more options than 99% of other guys out there, because the majority are too scared to approach a random girl. Their options are limited to their social circle, work, or maybe meeting someone drunk at a party.

And the lessons I learned went far beyond just dating. They helped me to meet new people in general, become more confident, and care less about what other people think of me.

In this article I’ll show you a few ways I overcame much of my fear of rejection, and show you how you can do the same.

These tips can help you whether your fear of rejection is holding you back from meeting new people, dating, or even business networking or sales.

1. Realize That Rejection Teaches You How To Stop Getting Rejected

Why is rejection painful? Because usually people interpret rejection to mean: “There’s something wrong with me.”

But what if you looked at it a different way? Instead of seeing rejection as a reflection of your own worth, see it as useful feedback.

One of the things I read early on in my journey overcoming social anxiety was this saying:

“There is no failure, only learning experiences.”

When you get rejected, you should be grateful. It shows you that you’re doing something wrong and need to reconsider your approach. Whether that be making more eye contact, speaking louder, learning how to relax in social situations, or something else.

Of course, this also requires you to have a longer-term mindset when it comes to your personal development. To stop putting so much importance on this one person’s opinion of you and instead see them as one among hundreds you are going to meet.

2. Lower Your Standards For Success

Most people put too much pressure on themselves to perform well.

Whether that means being seen as the fun, outgoing person at the party. Or getting that girl to laugh and be really into them. Or (if you’re a salesperson) making a sale from every phone call you make.

When your idea of success is trying to control how people respond to you, then you’re in for trouble. You can’t ever really control someone else’s behaviour. You can’t control whether they will like you or be annoyed by you.

So when you put pressure on yourself to do well all you do is make yourself really anxious. You create a type of performance anxiety in yourself. And this stops you from even trying. From even making the approach in the first place. From introducing yourself. From making that phone call.

The solution to this is very simple, but powerful.

Since all you can really control are your own actions, then judge yourself ONLY by your actions, not other people’s responses.

In my example of approaching girls, I decided that my only criteria for success is that I actually walked up and talked to them. In other words, no matter how she reacted I still succeeded. By adopting this mindset, I found it took a lot of pressure off of me. I ended up approaching girls far more often and doing much better. My “results” shot through the roof.

Next time you feel anxious about getting rejected, tell yourself that the only thing that matters is that you put yourself out there. And even if you do get rejected, allow yourself to feel proud for acting with courage in spite of fear.

3. Rejection Therapy – Make It A Goal To Get Rejected

This is similar, though different to the last point.

The idea behind it is simple. Here’s how his website describes “rejection therapy“:

consists of only one main rule…

YOU MUST BE REJECTED BY ANOTHER PERSON AT LEAST ONCE, EVERY SINGLE DAY.

Please notice the wording of the rule. It doesn’t say you must attempt or try to be rejected. The rule is you MUST be rejected by another human being. In this game, rejection is success.

No other outcome will meet the requirement of Rejection Therapy.

To put yourself in a situation where rejection is likely, but to your surprise your request is granted, is not a successful outcome. Why? Because you weren’t rejected. You didn’t ask for enough.

It works, though. In business, every rejection leads you closer to an acceptance of your offer. And the same philosophy can be applied to overcoming fear of rejection in social situations.

There’s nobody in the world who has any success without also facing failure and rejection. So the idea is to aim for the rejection, and the success will come as a byproduct.

Many of the most famous authors got rejected countless times before they were finally published, and their books went on to become bestsellers.

4. Rejection Is A Filter For Compatibility

There are over 6 billion people on the planet right now. They all have different values, interests, hobbies and personalities.

Somewhere out there, there are people who are similar to you. People who you can connect with. People who share your interests. Or simply people you have chemistry with. But these people are the minority.

The majority of people out there you won’t be able to have any sort of deep relationship with because of incompatibility. And that’s okay.

Everybody isn’t supposed to like each other. And rejection is the “sorting mechanism” that allows people to find those they are compatible with. When someone rejects you, they are saving you both from wasting time.

What I used to see as rejection I now realize is usually only a lack of chemistry. Here’s a great video by Mark Manson that explains this idea well in terms of dating:

Rejection is not a reflection of your own worth as a person. In fact, once you get a great “inner circle” of friends who accept you for who you are, then rejection becomes almost meaningless.

“But Most Of These Points Just Tell Me To Do It!”

You’ll notice something similar in all of the points I talked about. None of them mentioned avoiding rejection. Instead, it’s my belief that rejection is a basic fact of life for everyone. It never goes away.

You can either hide away from rejection or learn mindsets and strategies for dealing with the fear. The mindsets I talked about here are useful because they take the pressure off of you to perform and they allow you to see rejection as a positive thing instead of a negative judgement of you.

And if you want to learn my complete strategy for overcoming anxiety and fear in social situations, then check out my program called “The Shyness and Social Anxiety System” here.

It will show you specific techniques you can use to lower anxiety and nervousness on the spot. It will also show you how to overcome that paralyzing fear that stop you from meeting new people. Everything is written from my own firsthand experience as someone who suffered social anxiety most of my life.