How To Choose The Best Natural Lube for Better Sex

Rate this post
Skip the commercial jelly and try one of these natural lube options for better, steamier (and healthier!) sex.

You try to avoid synthetic ingredients in your food, cosmetics and skin products—but have you ever considered the ingredients in the personal lubricants you use on your most sensitive tissues?

Pick up a bottle of K-Y Jelly and read the ingredients. Glycerin, parabens, and alcohol abound, acting as serious skin irritants for some. For women prone to yeast infections, glycerin can increase the likelihood of contracting one (to be fair, some oil-based lubricants, like baby oil, can do the same).

Coconut Oil has hundreds of health benefits – learn how you can experience them with our FREE guide to Coconut Oil & its benefits.
Click Here to get your FREE Copy!

Most commercially flavored and scented lubes rely on artificial ingredients. As anyone who’s ever tried a flavored lube can attest, that strawberry/chocolate/vanilla flavored lube certainly doesn’t taste like strawberry, chocolate, or vanilla.

If clean and natural products are important to you, there are a number of personal lubricants on the market that fit the bill. But we’re here to let you in on a secret: A handful of Paleo-friendly oils work just as good, if not better, for many people. They’re also considerably cheaper and more versatile. You can get jars and bottles of the stuff for the same price as tiny vials of traditional lubes.

Bottomline: Not all oils are created equal. Some can help you achieve mind-blowing orgasms, and some can harm the balance of women’s healthy vaginal bacteria or irritate skin.

Just as ingesting processed vegetable oil is far inferior to olive oil, it’s important to keep in mind that not all oils are the same. There are some that can help you achieve mind-blowing orgasms, and some that will potentially harm the balance of women’s healthy vaginal bacteria, irritate sensitive skin, or leave behind a sticky, unappealing residue.

Also avoid using oils with sex toys—they’re difficult to clean fully when used with oil. Some oils—like mineral oil and sesame oil—can decrease sperm motility, so avoid oil lubricants if you’re trying to get pregnant. Finally, test all oils on less sensitive areas of your body prior to sex to ensure you don’t have an adverse reaction.

Here’s a guide to the best and worst oils to use in the bedroom. Have fun! 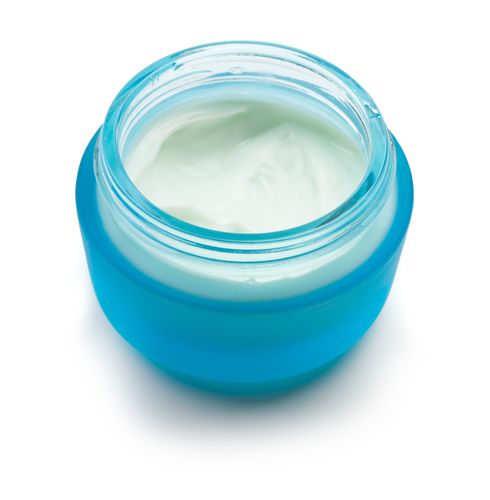 Mineral oil, a distillation product of petroleum commonly called baby oil, and its relative petroleum jelly, commonly called Vaseline, make poor lubricants. Physically, they may get the job done, but the risk to your vaginal health is high.

A study conducted by a team of University of California researchers found that women who used petroleum jelly intravaginally were 2.2 times more likely to test positive for vaginosis, or bacterial overgrowth in the vagina, associated with unusual discharge, irritation and burning. Not fun. Women who used mineral oil were also considerably more likely to test positive for Candida, a fungus that can lead to yeast infections. 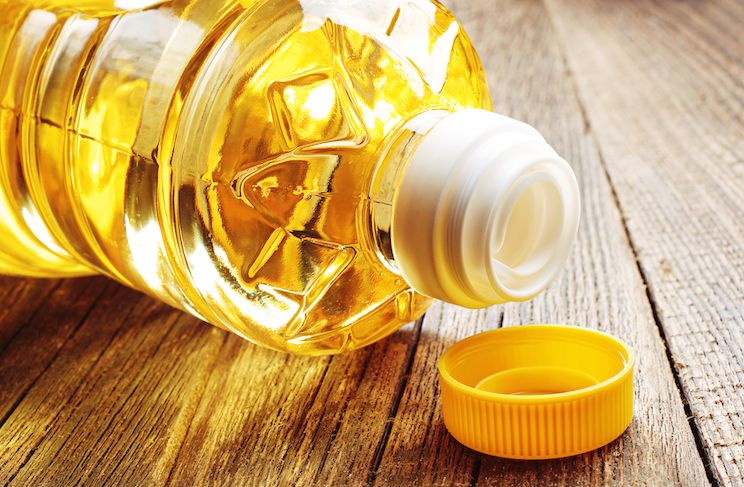 Vegetable, Canola and Other Refined and Hydrogenated Oils

The refining and hydrogenating processes are pretty gnarly, and the logic behind avoiding them on the Paleo diet extends to bodily use. They’re also prone to leaving a residue on your body, staining linens, and smelling generally unpleasant during sex. As OB-GYN Jen Gunter observes, “fully hydrogenated oils for sex sounds, uh, well, unsexy.” 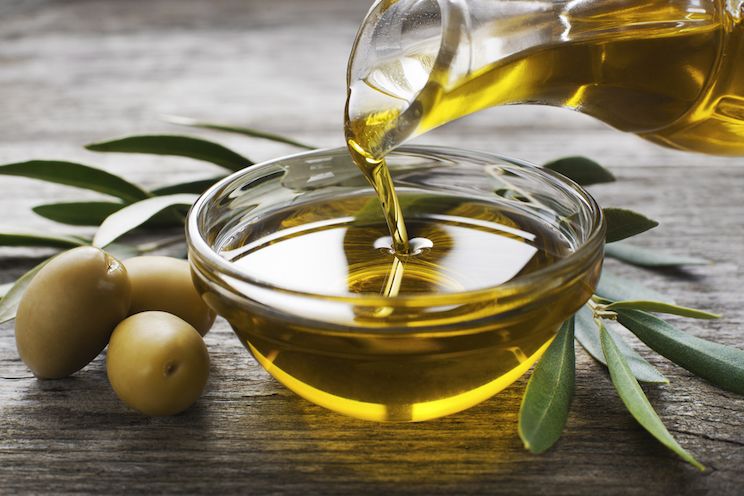 Olive oil is the least harmful of the “worst” oils, but compared to coconut oil and almond oil, it falls short. It (and other cold-pressed oils like avocado oil) is generally safe to use as a lube, but can prove more residue-laden, sticky, and… well… no one likes to smell like a wok during sex. 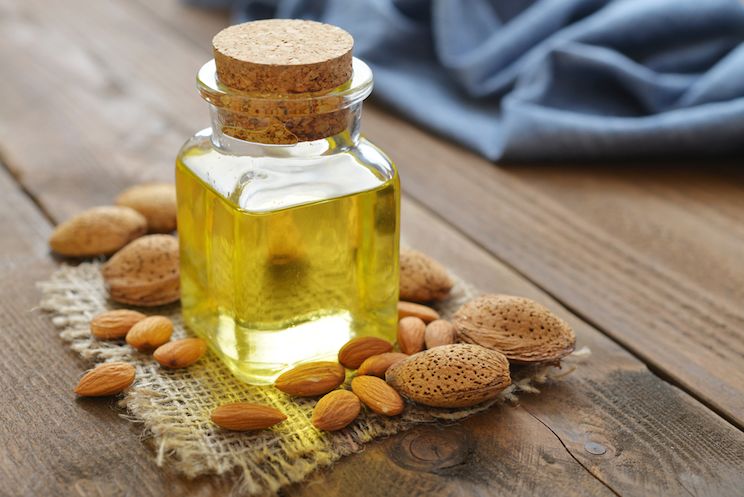 Sexologist Betty Dodson and her partner Carlin Ross sing the praises of sweet almond oil as lube. First of all, it feels amazing, and second, it’s safe, moisturizing and smells pleasant. It leaves behind no residue and won’t ruin your sheets. The only other oil that beats it is… 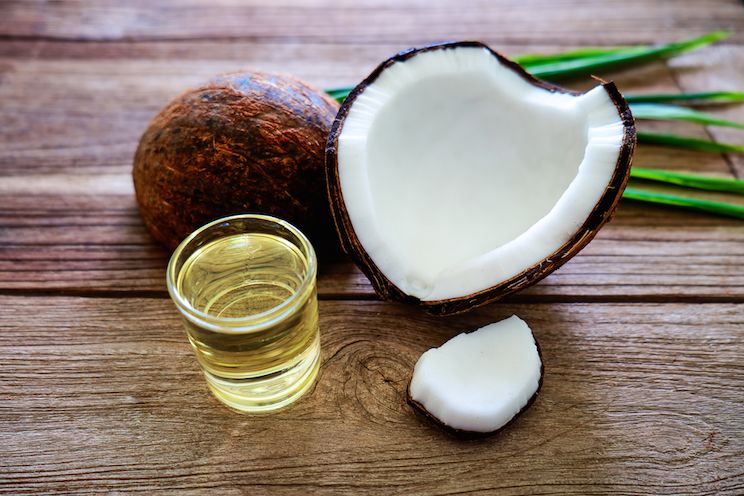 Everything that can be said for sweet almond oil is true of coconut oil, and then some. Unlike some other oils, coconut oil can actually prevent and treat yeast infections. As this study suggests, coconut oil is an effective treatment for even resistant strains of fungal infections. It’s relatively thick, making sex feel amazing, but absorbs well into skin and therefore won’t leave you feeling sticky or oily.

Unlike artificial sweeteners and scents, it smells and tastes naturally sweet and a bit tropical. Compared to commercial lube products, it’s dirt cheap, and it also works well for pre-sex moisturizing massages and more. Yeah, there really isn’t anything coconut oil can’t do.